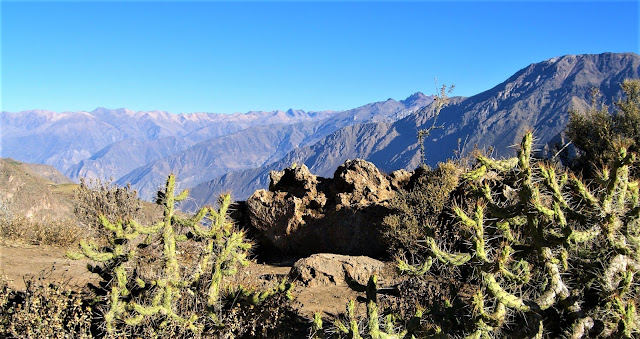 Some say Nepal’s Kali Gandaki Gorge holds the title. Where the river runs between the peaks of Annapurna and Dhaulagiri the elevation difference reaches 5,570 meters (18,275 feet). For others the Tsangpo Canyon in Tibet is the deepest; though listed at 5,500 meters (18,000 feet) deep, at one point the river flows 6,009 meters (19,714 feet) below the land above it.

Interestingly, a few imaginative souls are holding out for the discovery of an even deeper canyon somewhere in the Himalayas.

Then there’s the Denman Glacier, hidden under the snows of Antarctica. Reaching 3,500 meters (11,500 feet) below sea level doesn’t make it the deepest in relation to the land around it, but it does make this glacier-carved valley the lowest point of dry land on Earth.

Aside from subterranean glacier beds and monster gorges with unicorns, Cañón del Colca seems to sit at #3 on the list of World’s Deepest Canyons. With a maximum depth of 3,501 meters, this remarkable hole in the ground is fully twice as deep as the Grand Canyon in Arizona, USA.

Which is nice. But that’s not why we’re here.
Read more »
Posted by Kevin Kato at 7:56 AM No comments: 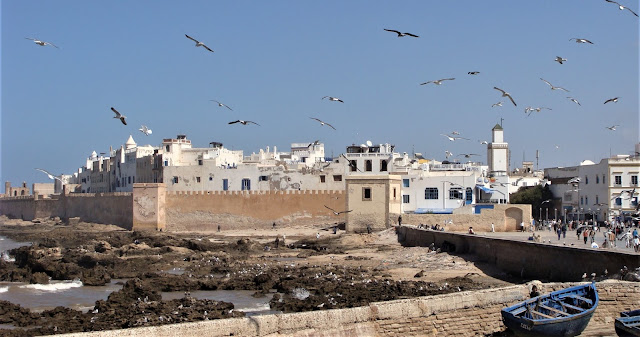 Only now, over a decade later, as I search for things to say about a few of my photographs of Essaouira, am I understanding what I saw – and realizing what I missed.
Read more »
Posted by Kevin Kato at 5:58 PM No comments: 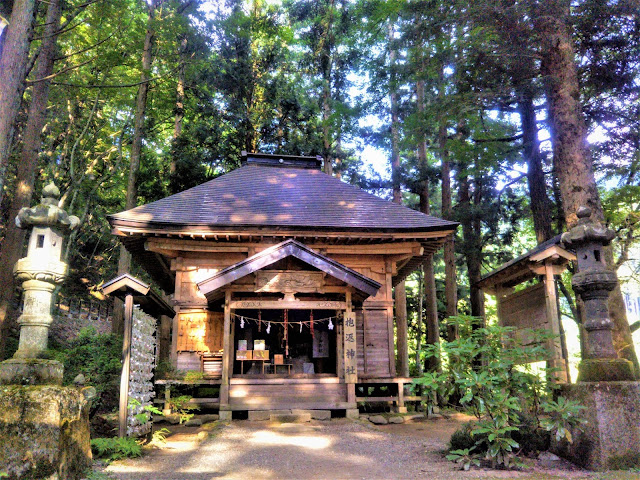 
Call me superficial. I’ve been called much worse.
Read more »
Posted by Kevin Kato at 8:39 AM No comments:

One of those islands, Burano, was named after the Porte Boreana, the North Door. Burano is known for having lots of fishermen, dwindling numbers of traditional lace makers, and homes that make Martha Stewart look like a bore.
Read more »
Posted by Kevin Kato at 8:39 AM No comments: 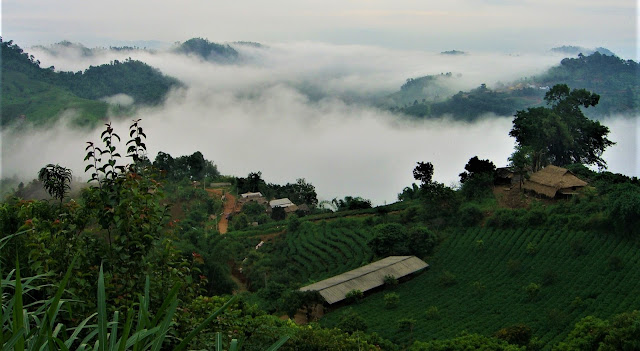 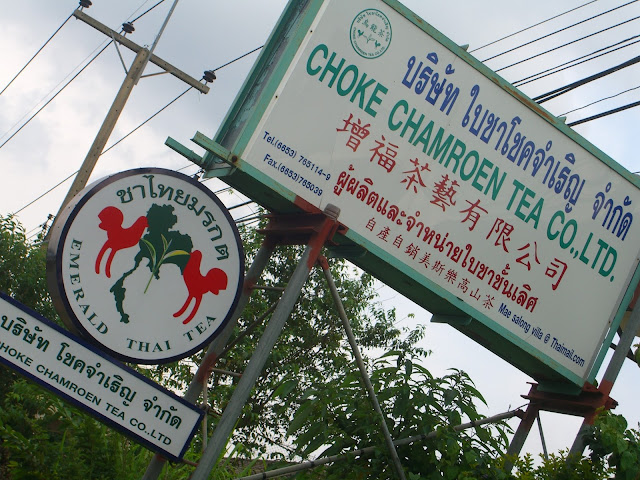 In 1949 approximately 12,000 anti-communist rebels fled the Yunnan Province of China and hid out in Burma before eventually crossing over into Thailand. For a while they supported themselves through their involvement in the healthy opium trade, but in the 1970's the Thai government made them an offer: help the Thai government put down their own communist uprising in exchange for Thai citizenship and a solid pat on the back. One condition of the agreement was that they give up their opium habit and replace it with something more healthy. And the Mae Salong tea industry was born.
Read more »
Posted by Kevin Kato at 7:47 AM No comments: 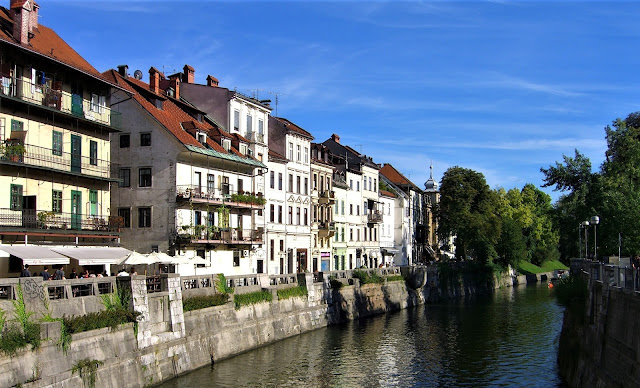 The Ljubljanica River may be unimaginatively named, but it has a colorful history. It seems that this river has served as a sort of ritualistic dumping ground for various civilizations over thousands of years. From the Stone Age to the Renaissance the Romans and the Celts and innumerable lesser-known and unnamed peoples have offered their artifacts, dropped their wallets and tossed out their trash in the waters between here and Vrhnika, about twenty kilometers upstream. The inevitable clash between historians and treasure hunters compelled Slovenia's national parliament to declare the river a site of cultural importance, making it illegal to dive without a permit. Swim at your own risk.
Read more »
Posted by Kevin Kato at 7:40 AM No comments:

﻿
How much crazy, zany fun can actually be had flying from Japan to New Jersey and back? Enough for one blog post? Two, maybe, if the kids or the wife or the person in the next seat really goes off the deep end? Three if everyone goes long?

Besides one record-setting vomit exhibition there was little on either of our flights that would strike the passive passenger. BUT…to the ultra-observant there was enough for five blog posts. Yes, I am that perceptive.

I would have stopped at four, but United Airlines had to, on December 29th, put a copy of the January issue of Hemispheres, their in-flight magazine, in the seat pocket in front of me for my thirteen-hour journey back to Japan. Why can’t they just quit it with the fodder? Don’t they understand I can’t keep my derisive mouth shut?

In other words, this is all United’s fault.

As I explained in this post, I flip through magazines from back to front. So once again my juvenile amusement at United’s expense starts with the back cover and an ad for…I have no idea.